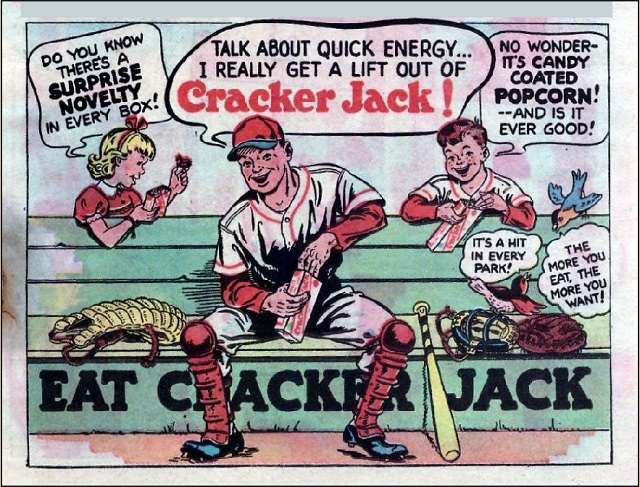 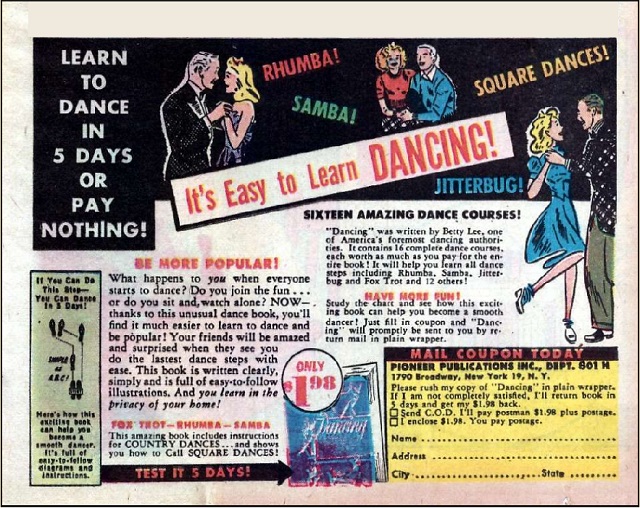 Notice – these ads are at least a half-century old and appeared in popular comic books of those times.

Cracker Jack is an American brand of snack consisting of molasses-flavored candy-coated popcorn and peanuts, well known for being packaged with a prize of nominal value inside. Some food historians consider it the first junk food.

Cracker Jack is famous for its connection to baseball lore. he Cracker Jack Company was purchased by Borden in 1964 after a bidding war between Borden and Frito-Lay. Borden sold the brand to Frito-Lay in 1997. On June 16, 1993, the 100th anniversary of Cracker Jack was celebrated with a party at Wrigley Field that included free distribution of the candy-coated popcorn and peanut treat to the fans attending the Cubs’ game against Florida. Sailor Jack, the company’s mascot, threw out the ceremonial first pitch.

Cracker Jack includes a small “mystery” novelty item referred to as a “prize” in each box. These have included everything from temporary tattoos to decoder rings. The original tagline for Cracker Jack was “Candy coated popcorn, peanuts and a prize,” but has since become “Caramel coated popcorn & peanuts” under Frito-Lay. Prizes were included in every box of Cracker Jack beginning in 1912.

The prizes attained pop-culture status with the term “came in a Cracker Jack box,” referring to an object of limited value. In recent years, toy and trinket prizes have been replaced with paper prizes displaying riddles and jokes.