These are short vintage comics from over a half century ago. They appeared in comic books interspersed for the most part between the main or longer comic episodes or stories. There weren’t nearly as many of these very short comics since most were quite a bit longer. These comics were taken from many different comic books. Most are unchanged, but some had to be touched up or modified for various reasons. 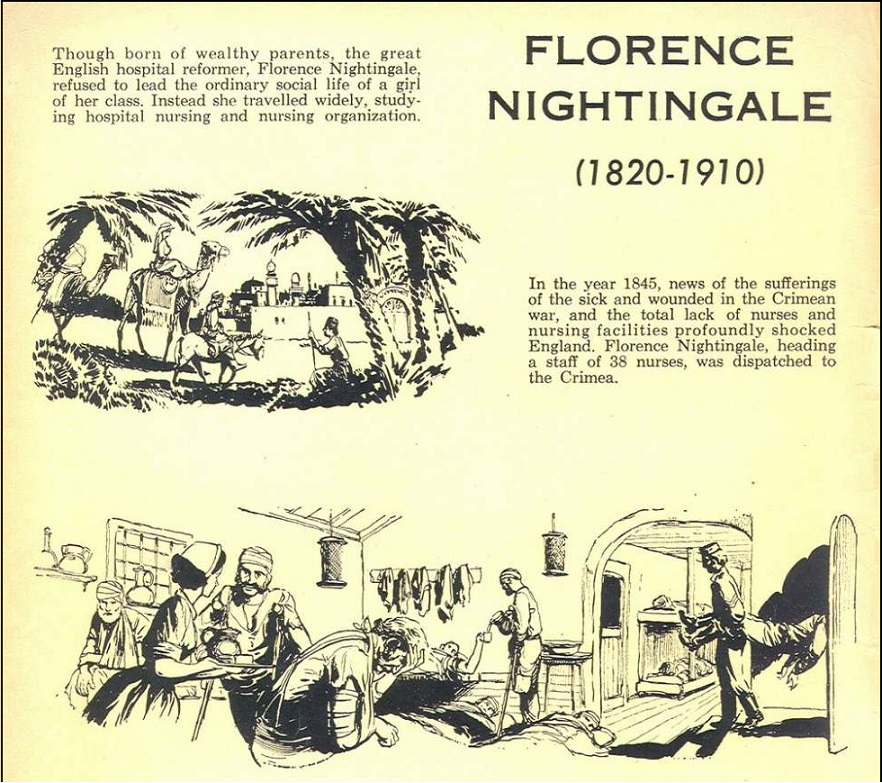 The above is not exactly a comic in the ordinary sense but it uses comic-like illustrations and appeared as the first page in a comic book about nurses.

Florence Nightingale (12 May, 1820 – 13 August, 1910) was a celebrated British social reformer and statistician, and the founder of modern nursing. She came to prominence while serving as a nurse during the Crimean War, where she tended to wounded soldiers. She was dubbed “The Lady with the Lamp” after her habit of making rounds at night. 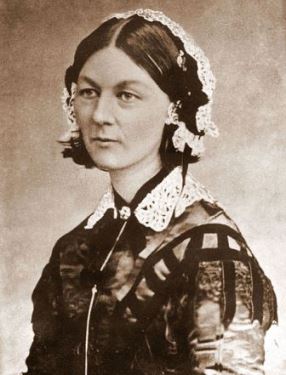 In 1860, Nightingale laid the foundation of professional nursing with the establishment of her nursing school at St Thomas’ Hospital in London. It was the first secular nursing school in the world, now part of King’s College London. The Nightingale Pledge taken by new nurses was named in her honor, and the annual International Nurses Day is celebrated around the world on her birthday.

Nightingale was born to a wealthy upper-class family, at a time when women of her class were expected to focus on marriage and child bearing. Unitarian religious inspiration led her to devote her life to serving others, both directly and as a reformer. Nightingale rejected proposals of marriage so as to be free to pursue her calling.

Her father had progressive social views, providing his daughter with a well-rounded education that included mathematics and supported her desire to lead an active life. Nightingale’s ability to effect reform rested on her exceptional analytic skills, her high reputation, and her network of influential friends. Starting in her mid thirties, she suffered from chronic poor health, but continued working almost until her death at the age of ninety.

Her social reforms include improving healthcare for all sections of British society, improving healthcare and advocating for better hunger relief in India, helping to abolish laws regulating prostitution that were overly harsh to women, and expanding the acceptable forms of female participation in the workforce.

Nightingale was a prodigious and versatile writer. In her lifetime much of her published work was concerned with spreading medical knowledge. Some of her tracts were written in simple English so they could easily be understood by those with poor literary skills.