You are here: Home / Comics / Supernatural Tales / Painting a Disaster 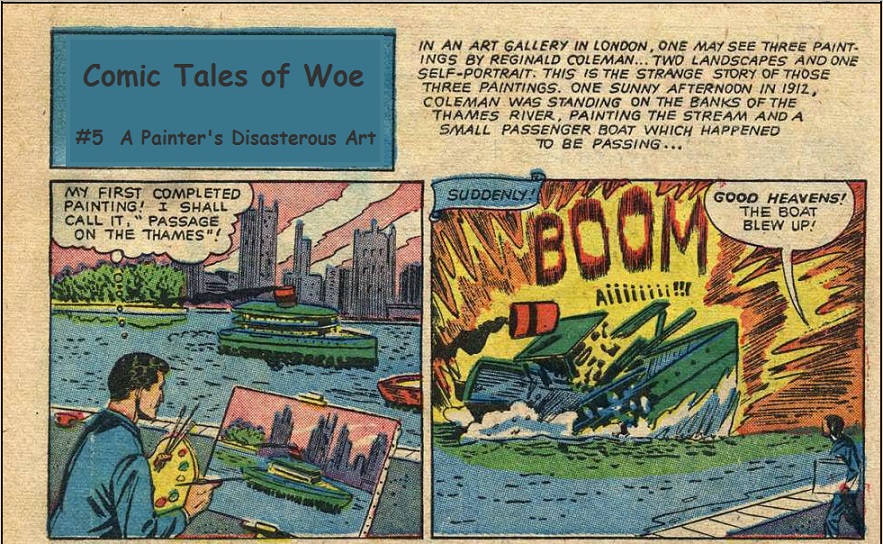 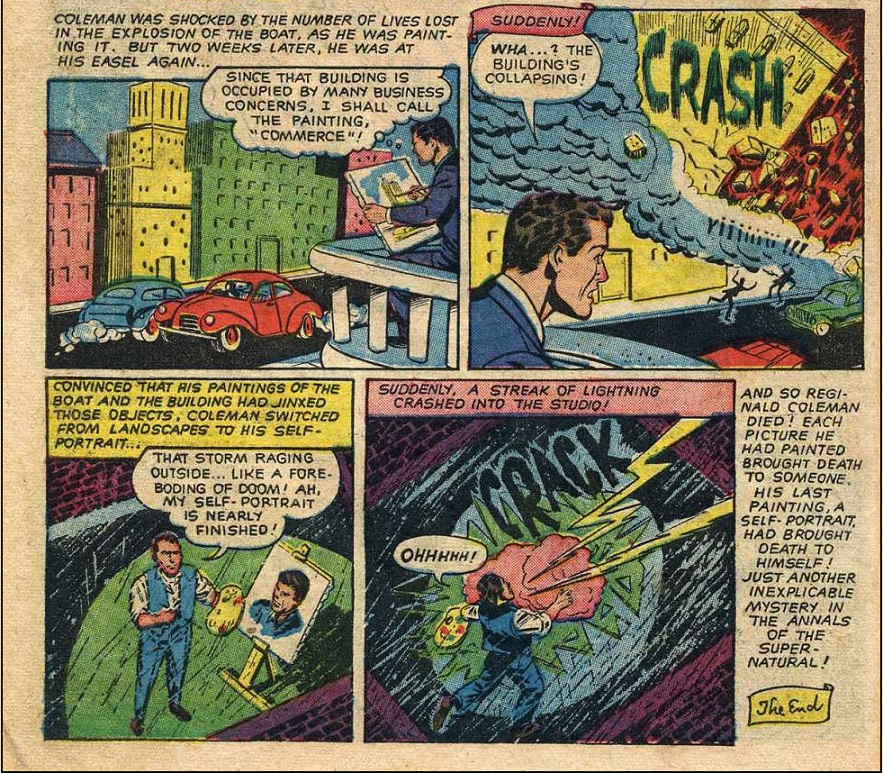 This story is a very sad one that doesn’t involve anyone else other that the artist. Unlike some other stories or real incidents as some say, Reginald was just starting a very promising art career as a painter painting the scenery around him. One might consider his first painting incident just a freak accident that occurred while he was finishing his very first painting. But the second awful accident which also killed a lot of people, really would make one think what’s going on? Reginald himself must have thought that so he wisely decided to do a self-portrait. But fate was not to be altered and his fate seemed sealed in death like his first two paintings.

What do you think of such hard to believe coincidences – or was it fate?

A coincidence (often stated as a mere coincidence) is a collection of two or more events or conditions, closely related by time, space, form, or other associations which appear unlikely to bear a relationship as either cause to effect or effects of a shared cause, within the observer’s or observers’ understanding of what cause can produce what effects.

A coincidence lacks a definite causal connection. Science is the practice of constructing theoretical explanations of how events (phenomena) happen to repeatedly coincide. Remarkable coincidences sometimes lead to theories involving the supernatural or psychic forces.

Deepak Chopra and other proponents of ancient Vedic spiritual and other mystical teachings insist on the view that there is absolutely no coincidence in the world. They teach that everything that occurs can be related to a prior cause or association, no matter how vast or how minute and trivial. All is affected by something related to it that is seen or unseen, cognized or unknowable. Some physics say the same thing.