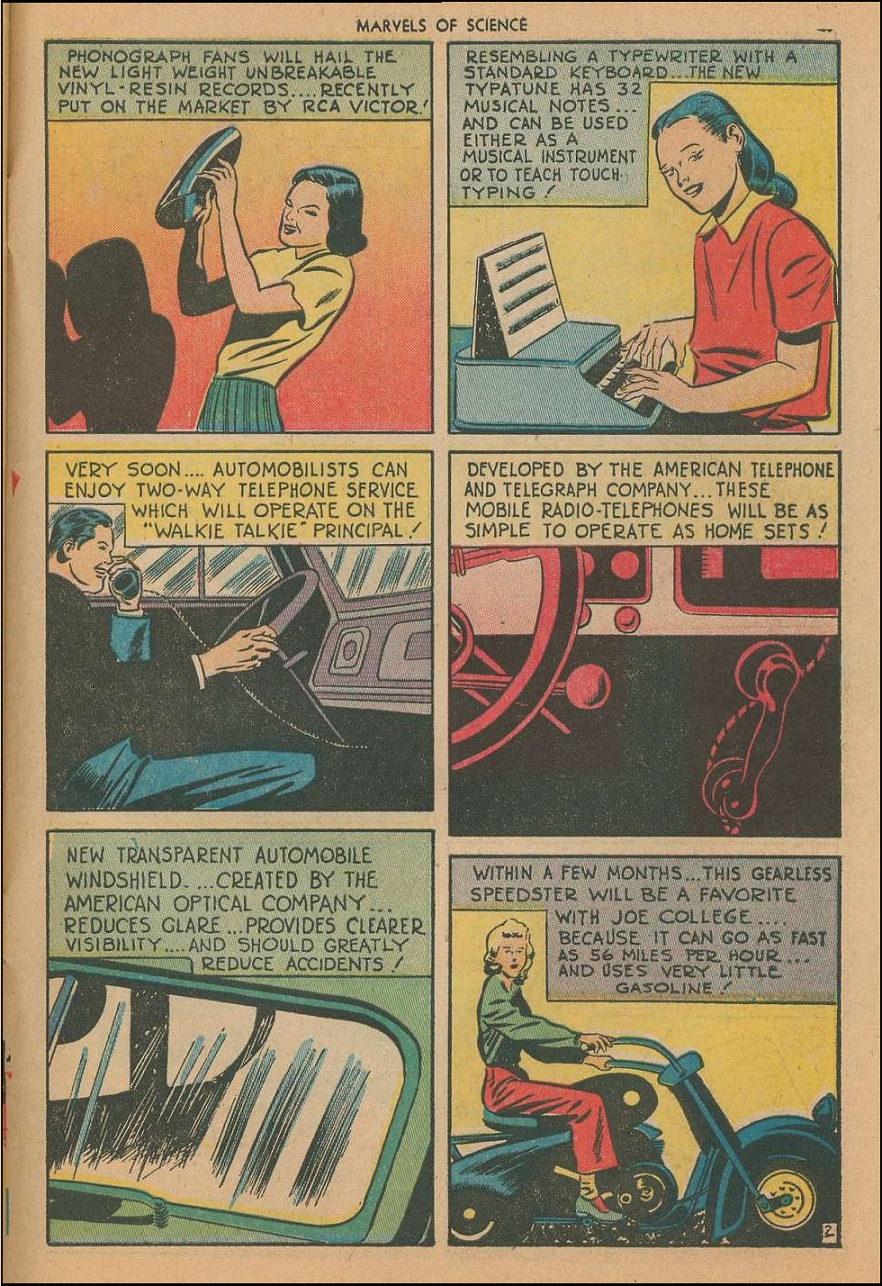 Here are a few more new inventions of the 1940s. You don’t see or hear about some of them as they may not have become popular. The transparent auto windshield is all they use in vehicles. Unless the invention is something special in transparent windshields then this us something probably everyone is familiar with.

One of the inventions, vinyl records became very popular until about the 1970s when it started fading away and finally gave way to CDs and now DVDs.

By the late 1980s, digital media, in the form of the Compact Disc or CD, had gained a larger market share, and the vinyl record left the mainstream in 1991. They continue to be manufactured and sold in the 21st century. In 2009, 3.5 million units shipped in the United States, including 3.2 million albums, the highest number since 1998 and the format retains a niche market. They are especially used by DJs and many audiophiles for many types of music.