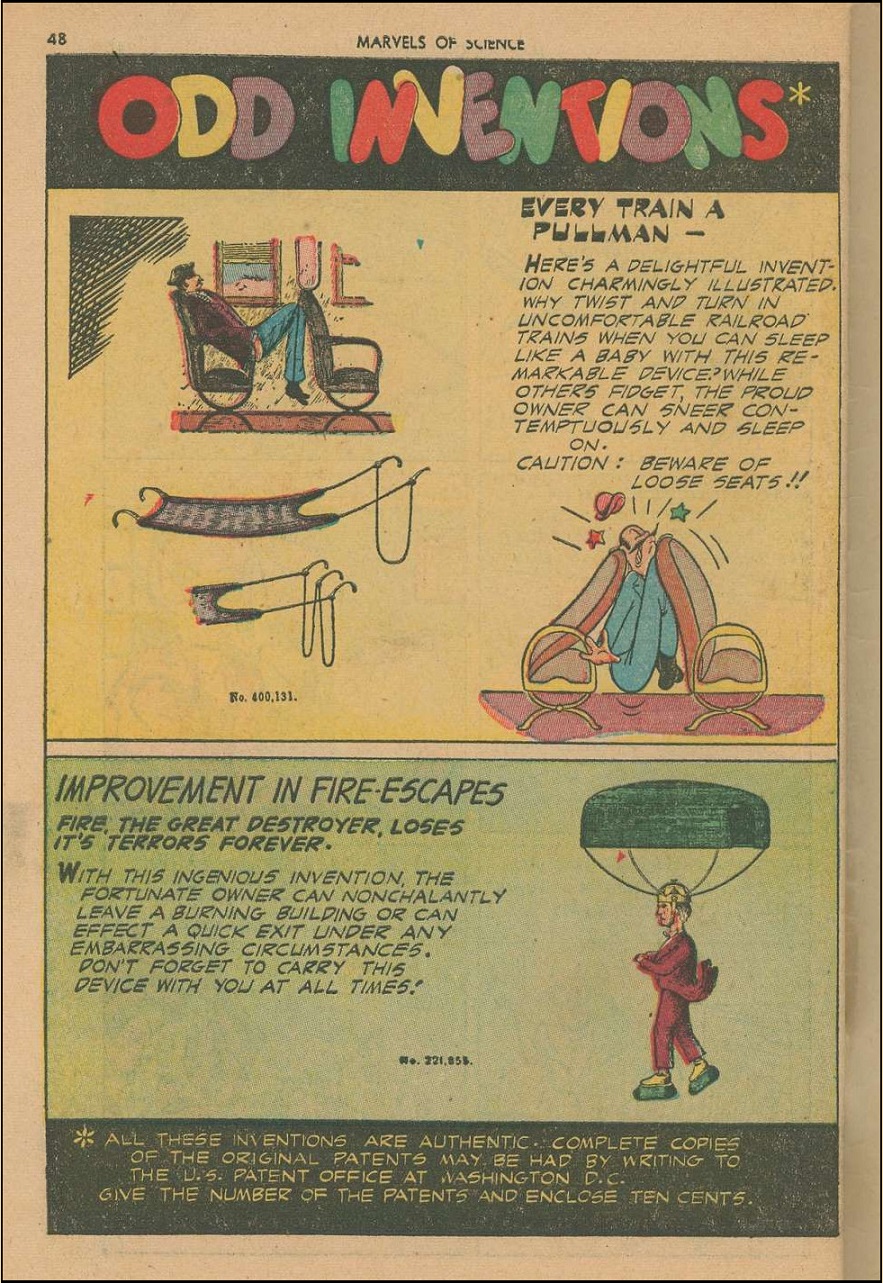 Here are two more new inventions of the 1940s, but these are also odd inventions. The Device For Every Train A Pullman is a novelty type of invention that, in my opinion would not have a chance of ever becoming popular. More-so almost certainly trains would come up with a restriction saying one could not use such a device. 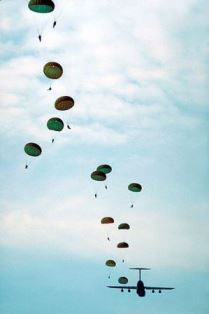 The other invention mentioned, an Improvement In Fire Escapes looks interesting, but in my opinion it would be even harder for such a device to ever become useable in a practical sense. It would be too dangerous for someone who had never used it to confidently use it properly without getting hurt or killed. The liability would be very great and there would definitely be a lot of lawsuits if people got hurt or killed using the device.

Aside from these issues it is very unlikely such a device, which looks like a small rectangular parachute and shoes with some sort of cushion on the bottom would work, for a variety of reasons. I’ll be willing to bet the person who invented that improvement in fire escapes never tried it, especially from two stories up or higher.

In real life it takes a huge parachute to support the weight of a person, takes more than a split second to open, and takes some training to use it properly. None of these things would be present if one had to use such a fire escape system as shown in the picture.

I’d rate the Pullman invention 1 thumb down and the fire escape improvement two hands down.