Odd Inventions of the 1940s 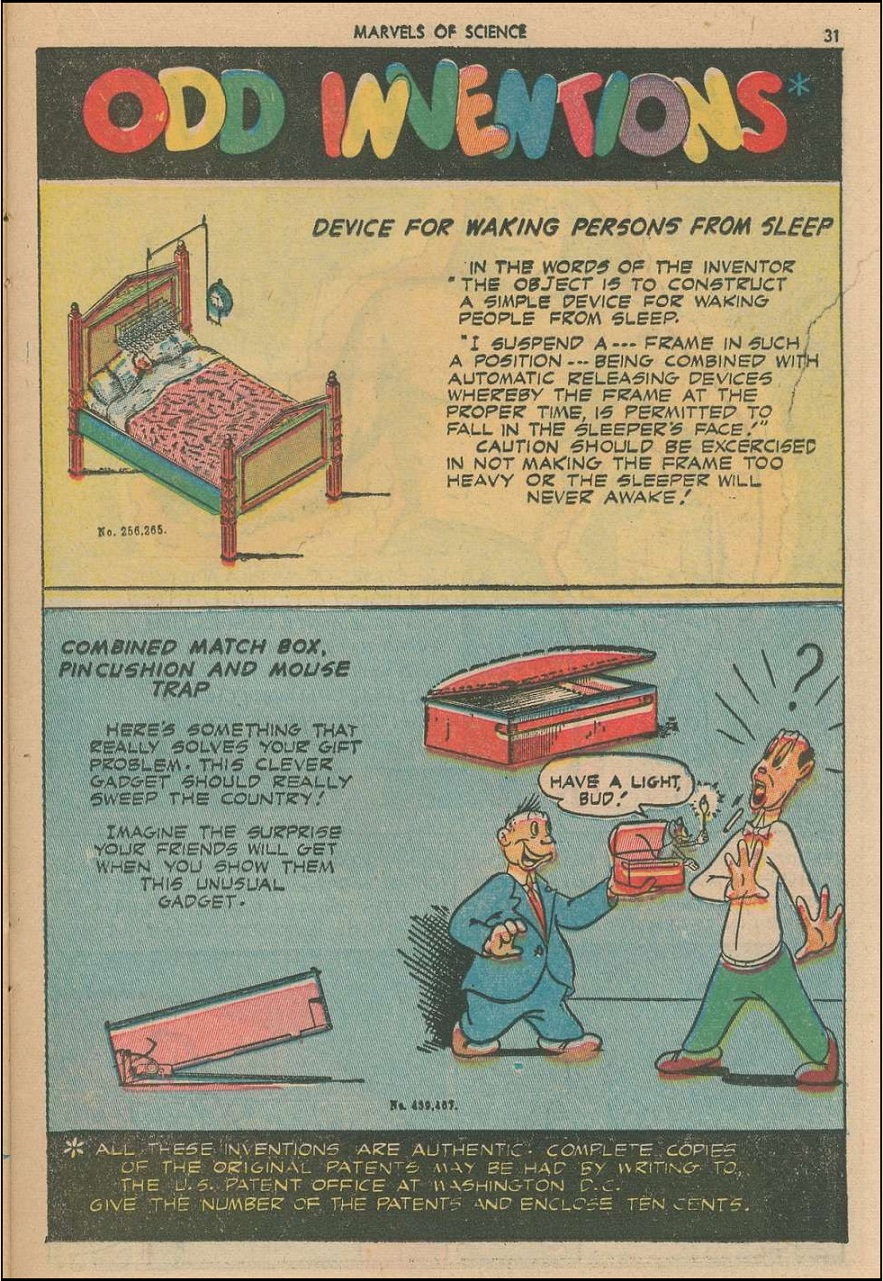 Here are two more new inventions of the 1940s, but these are odd inventions. The Device For Waking Persons From Sleep is a novelty type of invention that, in my opinion didn’t have a chance in He** of ever becoming popular. Even less so, is the other invention mentioned, a Combined Match Box Pincushion and Mouse Trap. 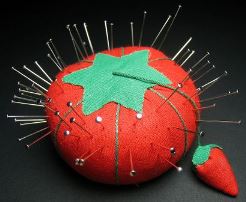 These are three unrelated uses for the invention so the appeal wouldn’t be there for most people. Plus nowadays who uses a matchbox, let alone a pincushion, unless someone sews a lot. Who would want a mouse trap associated with a pincushion or a matchbox?

Some young people may not even know what a pin cushion is. If I were rating these inventions I’d rate both of them not two thumbs down, but two hands down.

A pincushion (or pin cushion) is a small cushion, typically 3–5 cm across, which is used in sewing to store pins or needles with their heads protruding so as to take hold of them easily, collect them, and keep them organized. Pincushions are typically filled tightly with stuffing, so as to hold pins rigidly once placed. Magnetic pin cushions are also used, though technically they are not “cushions” they serve the same basic function of holding pins neatly.

The recorded origins of pincushions date back to the Middle Ages of Europe. A popular design was a tomato with a strawberry attached. It was most likely introduced during the Victorian Era. According to folklore, placing a tomato on the mantle of a new home guaranteed prosperity and repelled evil spirits.

If tomatoes were out of season, families improvised by using a round ball of red fabric filled with sand or sawdust. The good-luck symbol also served a practical purpose—a place to store pins. Typically, the tomato is filled with wool roving to prevent rust, and the strawberry is filled with an abrasive to clean and sharpen the pins.