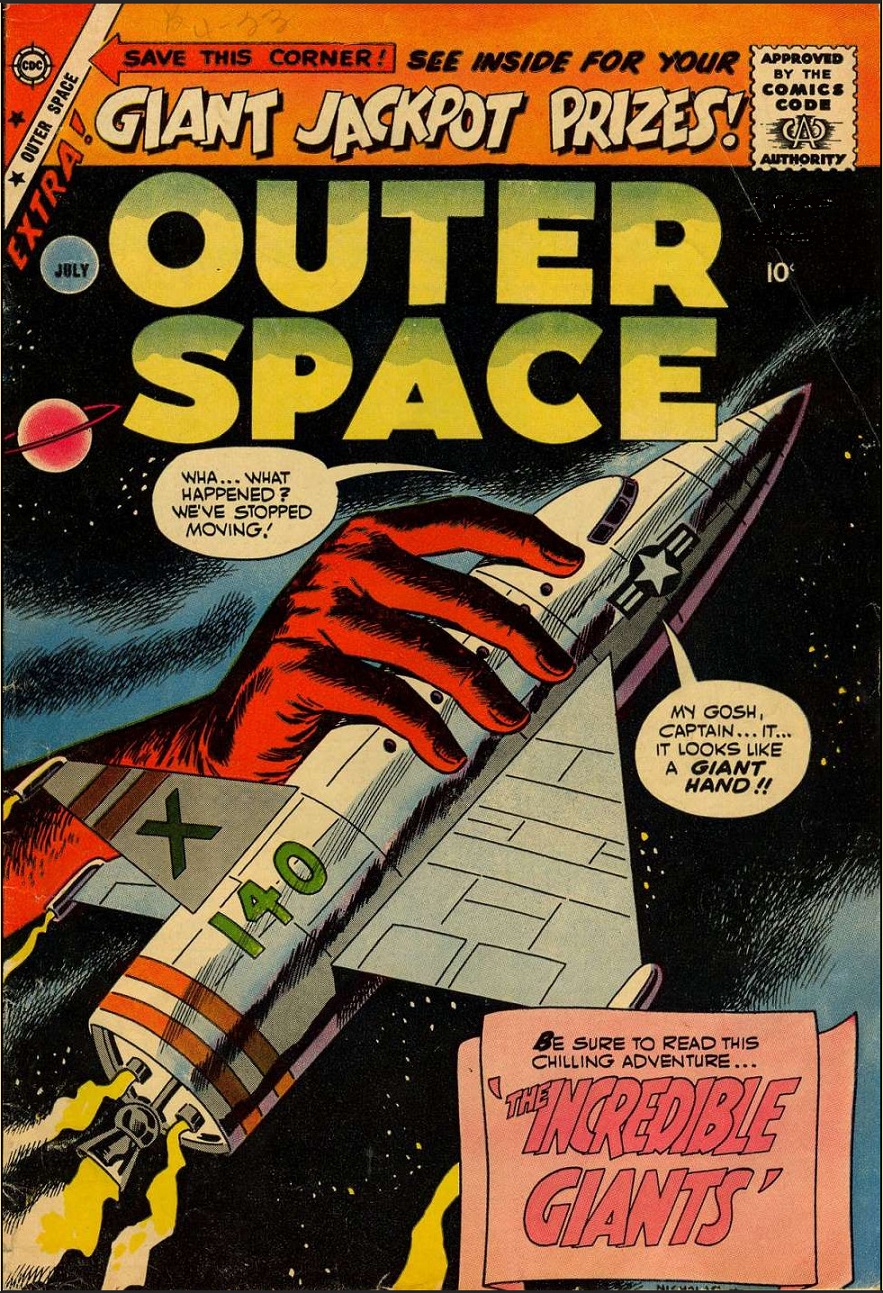 Here is another cover of a comic book with outer Space stories. It is from 1959. In 1959 one person had been up in space and circled the earth in orbit. Although no one had been in space in most of the 1950s there had been lots of science fiction stories about man traveling in space and even TV shows, i.e. Flash Gordon, so going into space wasn’t exactly a new idea. It wasn’t until 1969 when man first set foot on the moon.

Flash Gordon was the hero of a science fiction adventure comic strip originally drawn by Alex Raymond. First published January 7, 1934, the strip was inspired by and created to compete with the already established Buck Rogers adventure strip.

Steve Holland starred in a 1954-55 live-action television series which ran for 39 episodes. The first 26 episodes had the distinction of being filmed in West Berlin, Germany less than a decade after the end of World War II. This is notable, given that some episodes show the real-life destruction still evident in Germany several years after the war. The final 13 episodes were filmed in Marseille, France.

In this series, Flash, Dale (Irene Champlin) and Dr. Zarkov (Joseph Nash) worked for the Galactic Bureau of Investigation in the year 3203. The actual timeline was established in one episode, “Deadline at Noon”, in which Flash, Dale and Dr. Zarkov went back in time to Berlin in the year 1953. The GBI agents traveled in the Skyflash and Skyflash II spaceships.