You are here: Home / Science / About the Sun 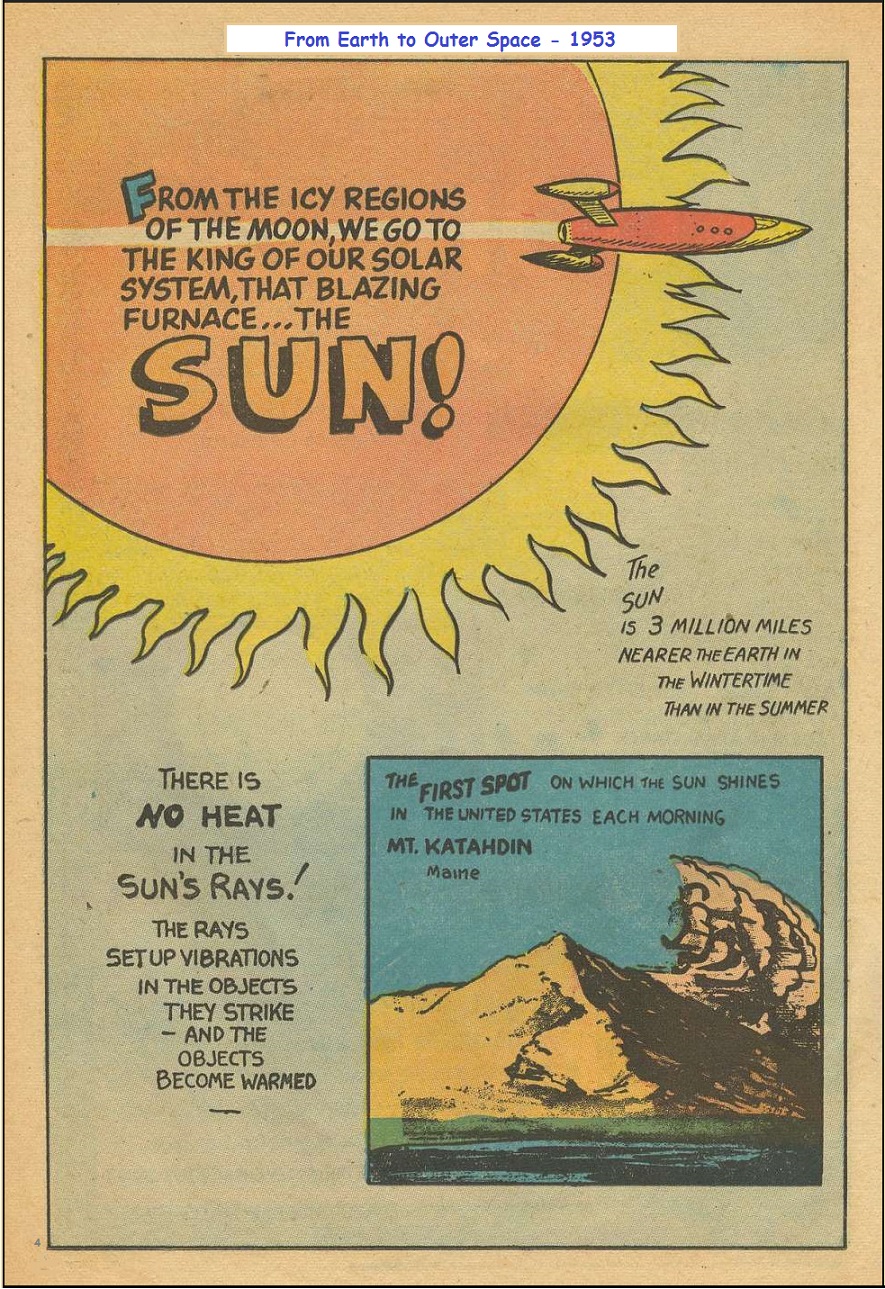 Earth and some Sun Facts

Chemically, about three quarters of the Sun’s mass consists of hydrogen, while the rest is mostly helium. The remainder (1.69%, which nonetheless equals 5,628 times the mass of Earth) consists of heavier elements, including oxygen, carbon, neon and iron, among others. 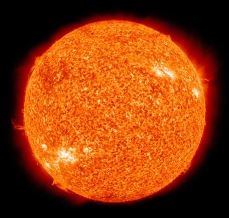 This is a false-color image of the Sun observed in the extreme ultraviolet region of the spectrum. Click image for larger a larger view

The Sun formed about 4.6 billion years ago from the gravitational collapse of a region within a large molecular cloud. Most of the matter gathered in the center, while the rest flattened into an orbiting disk that would become the Solar System. The central mass became increasingly hot and dense, eventually initiating thermonuclear fusion in its core. It is thought that almost all other stars form by this process.

The Sun’s stellar classification, based on spectral class, is a G-type main-sequence star and is informally designated as a yellow dwarf because its visible radiation is most intense in the yellow-green portion of the spectrum. Although its color is white, from the surface of the Earth it may appear yellow because of atmospheric scattering of blue light.

The Sun’s surface temperature is approximately 5778 K (5505 °C), and the Sun generates its energy by nuclear fusion of hydrogen nuclei into helium. In its core, the Sun fuses 620 million metric tons of hydrogen into helium each second. We are all familiar to helium since it is used in balloons to make them rise.

Once regarded by astronomers as a small and relatively insignificant star, the Sun is now thought to be brighter than about 85% of the stars in the Milky Way galaxy, most of which are red dwarfs. The Sun’s hot corona continuously expands in space creating the solar wind, a stream of charged particles. 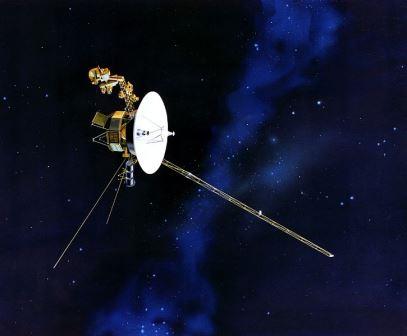 The Sun is currently traveling through the Local Interstellar Cloud within the Milky Way galaxy.

The Sun orbits the center of the Milky Way at a distance of approximately 24,000–26,000 light-years* from the galactic center, with a speed of 550 km/s, completing one clockwise orbit in about 225–250 million years.

The mean distance of the Sun from the Earth is approximately 149.6 million kilometers (1 AU), or about 93 million miles. At this average distance, light travels from the Sun to Earth in about 8 minutes and 19 seconds. The energy of this sunlight supports almost all life on Earth by photosynthesis, and drives Earth’s climate and weather.

The enormous effect of the Sun on the Earth has been recognized since prehistoric times, and the Sun has been regarded by some cultures as a deity. An accurate scientific understanding of the Sun developed slowly, and as recently as the 19th century prominent scientists had little knowledge of the Sun’s physical composition and source of energy. This understanding is still developing; there are a number of present day anomalies in the Sun’s behavior that still remain unexplained.

So if someone asks you “What’s the closest star?” it’s not Proxima Centauri, Proxima, or Alpha Centauri C (located 4.24 light years from the Sun), but the Sun.