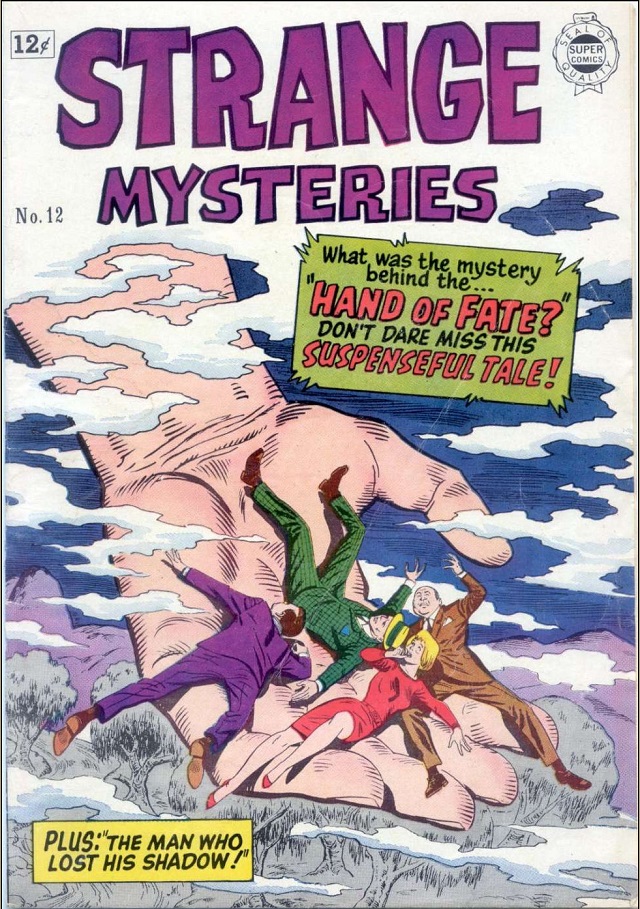 The above is a comic cover about strange mysteries in a comic book published probably in December 1964. From the cover you can see that some unsuspecting people are bewildered because they have been picked up by a huge hand.