You are here: Home / Science / Earth to Space 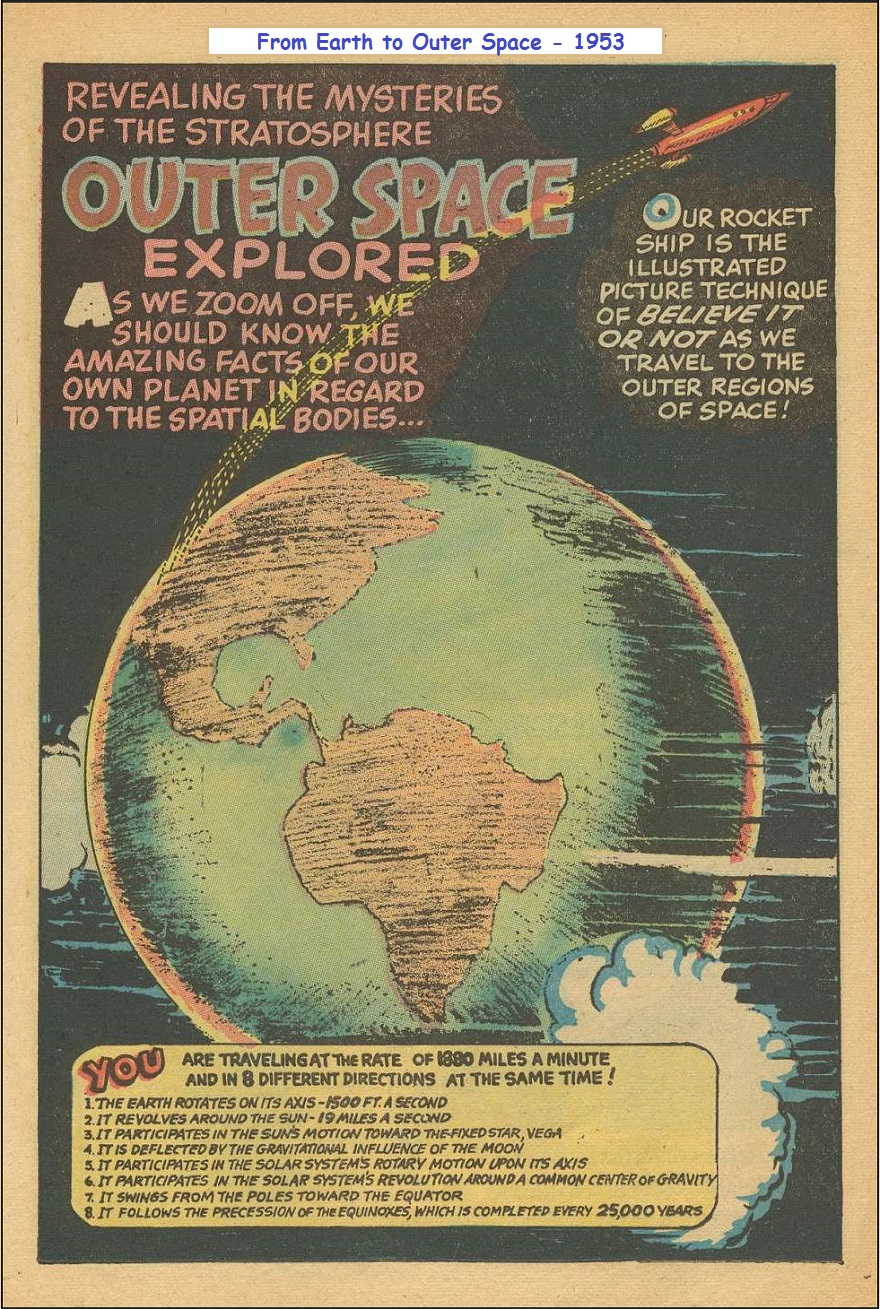 Back when this comic was published we were some sixteen years before the first moon landing. Here in the second decade of the 2000s only a few things have changed, but many remain the same. Besides landing on the moon and seeing the back of it, the ancient myth of “the man in the moon” has been shattered to smithereens. The rockets that took man to the moon looked different from the illustration here and any future ones that go further will not likely look the same either.